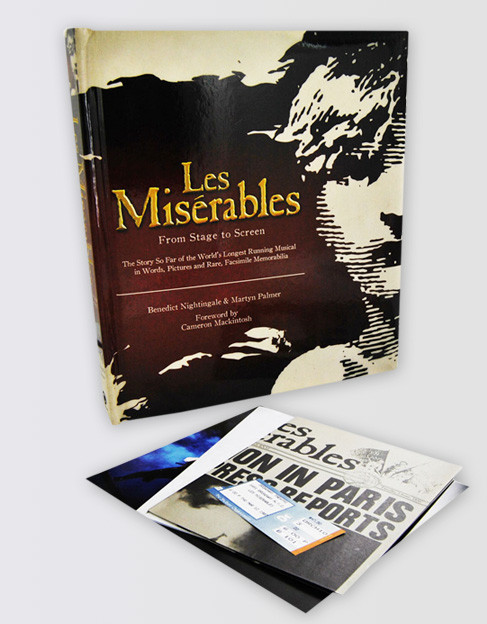 Over the last 27 years, Les Misérables has played to audiences totalling more than 60 million in 43 countries and is now a dazzling, multi-award nominated film set to bring the story to millions more.

Beautifully illustrated with images from behind the scenes of both the theatre and film productions, Les Misérables: From Stage to Screen tells the story of the phenomenon that grew from a modest Paris production into an award-winning show, from the challenges of adapting Victor Hugo's novel, to character studies and details of those who have played them, its international incarnations and the 25th Anniversary Concert.

Including interviews with Les Misérables film director Tom Hooper, the cast and crew of the film, set designs and photographs.

The book also includes 20 items of facsimile memorabilia, such as:
Original stage and costume designs
A first-night party invitation
The poster for the 25th Anniversary production at the Barbican

Les Misérables:From Stage to Screen is a unique vision of the world's longest running musical and the stunning new film. A must have for every fan